Paleographical Volunteers for the National Archives of Hungary

Szerző: Szerényi Ildikó
2021.12.14.
In autumn 2021, the National Archives of Hungary announced a unique paleographical volunteering opportunity for the general public for the first time. Applicants were able to take part in an exciting 21st century project full of modern challenges. Within the framework of the European Digital Treasures project, between 1st of October and 15th of November 2021 it was possible to participate in the daily, professional work of the Archives. Using Artificial Intelligence, the transcription of the names of taxpayers on the census rolls of the free royal towns of the 1828 national census was completed in the summer of 2021.

The Archives carried out a review of this transcription with the help of volunteers. Through this work, the handwritten text recognition capability of the software has been improved and the final results became more accurate. After the publication of the call, the great social interest was evident in two days, registration had to be closed as the number of participants was completely full. During the crowdsourcing activity, altogether 70 enthusiastic volunteers working from all over the country and even from across the border provided assistance for the publication of a name-searchable database of the conscription.

Looking at the census samples made public by the archives, applicants could test their knowledge of palaeography and decide whether to participate. The approval and possible correction of the names transcribed by the algorithm could be done online from any location at any time during the six-week programme. Volunteers undertook to transcribe a minimum of 50 pages each, though many of them had processed significantly more by the end of the programme.   Extra tasks were typically undertaken by more experienced family history researchers. The end result was 6787 pages checked by the volunteers. The Silver Generation was represented by 26 people, and the senior prize went to a 76-year-old lady, who transcribed 309 pages. A history teacher from the Trans Carpathian region alone checked 580 pages of County Ung of the conscription.

The algorithm and the validation software, which has an English interface, were developed by Transkriptorium, a Spanish IT company linked to the Valencian University of Technology. The volunteers were supported by archivists with an on-site demonstration, a downloadable palaeographic example book, discussions and numerous quizzes, puzzles and games to make their work even more enjoyable. A Facebook group was set up specifically for this purpose, where lively professional discussions and useful tips to help the work were exchanged.

As a token of thanks and appreciation, the Archives presented more awards than originally planned, given the large number of volunteers and the quantity and quality of their work. In addition to the grand prize of the DNA test, two online journal subscriptions and five European Digital Treasures prize packs were also given as special prizes. In addition, all participants received a commemorative certificate and a small gift. After closing the online crowdsourcing activity volunteers responded to an anonymous questionnaire evaluating the programme, which they praised, and the vast majority of them said they would like to participate in similar activities in the future. This successful programme, which exceeded expectations, has many winners: the participants, the Archives and the Hungarian culture. 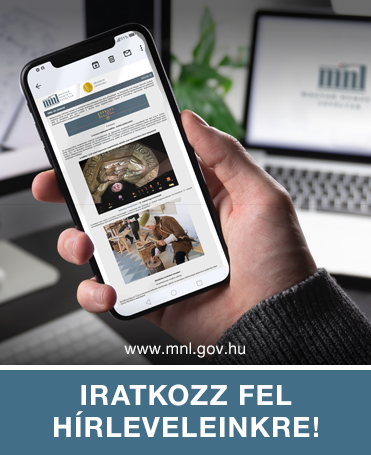