The text is a report by Maffeo da Treviglio, ambassador of the Duke of Milan, sent to his lord from Pécsvárad. As soon as the news of the election of Vladislaus to King of Hungary reached him, he informed the court of Milan: "… habemus magnum Regem Vuladislaum".

The transcript of the encrypted text reads "Quid tardatis modo." - Why are you in delay? suggesting probably that  the newly elected king must be contacted immediately.

The period after King Matthias I's death brought uncertainty for Hungary. There were several candidates and self-nominees for the throne, including the widow Queen Beatrice, who first hoped to retain her power by a marriage to Maximilian, King of the Romans, and later with Vladislaus. John Corvinus, the illegitimate son of Matthias, trusted the oath of the lords' given to his late father, to elect him King of Hungary. Referring to the peace of Vienna in 1463, Maximilian also announced his claim, not to mention the King of Poland, Casimir IV's two sons: Vladislaus and John  Albert. Although all five candidates had supporters, in the end the supporters of the Jagiellonian House prevailed, making Vladislaus II King of Hungary. 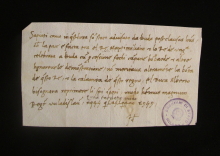 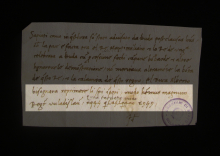 In this charter Vladislaus II grants Ippolito I d’Este the right to stay away from his episcopal seat. The charter was sealed with the privy seal of Vladislaus II.

Description of the seal: in the middle a quartered shield: 1., 4.: Hungary (barry of eight), 2., 3.: Bohemia (crowned double-tailed lion), with an inescutcheon: Poland (eagle). 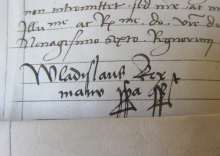 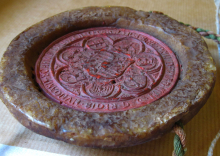 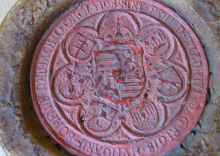 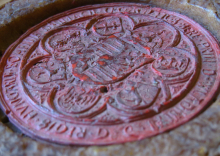 The document was issued by Vladislaus II Jagiellon and grants Ippolito I d’Este, Archbishop of Esztergom the right to to stay away from his seat (extra residentiam). 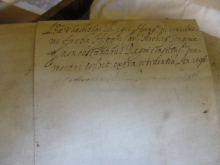