In the Long Turkish War, Christian Europe fought against the Ottoman Empire. The relations between the Habsburgs and the Ottomans were extremely strained already in 1591; the war started two years later, in 1593, and ended in 1606. The Habsburgs were supported by a lot of European states: besides the Holy Roman Empire, that contributed 19-21 millions of Rhenish florins to support the military expenses, the Kingdom of Spain, the Holy See, some of the Italian states and Moscow, and in the early period of the war, also Transylvania, Wallachia, Moldavia, the Cossacks and Balcanic states which were dominated by the Ottomans. This war is notable for several reasons. On the one hand, the united imperial army could evolve by the end of the 18th century based on the military experiences of this time, and on the other hand, it had a huge impact on the population and the network of the villages and cities in the Kingdom of Hungary, which was the battlefield.

In the battles, of course, several Italian soldiers fought, so the Italian archives abound in sources about the Long Turkish War. The present document by an unknown author is dated to 1597. It is practically a military expert’s review on the geostrategic-geopolitical state of the Kingdom of Hungary. This source is also interesting because it reports a detailed description of the imperial army’s size in 1596 with focus on the number of the infantry and cavalry provided by various regions of the Habsburg Empire. 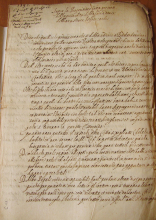 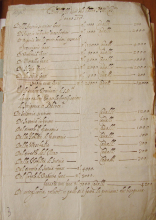 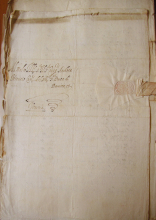 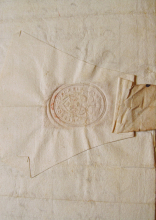