Beatrice of Aragon  was the wife of King Matthias I (1476–1490). Beatrice grew up in the luxury of the royal court of Naples, she was educated and politically active, greatly admired by her niece, countess Isabella d'Este. The two women had a lively correspondence. The letters show mutual respect and love between the niece and her aunt.
The letters presented here were written after 1505, after Beatrice returned to Naples following a lengthy struggle for the Hungarian throne. Returning home filled her with great sadness, and from there she named herself infelicissima, the most unhappy of queens.
The letter, dated to 10 February 1505, speaks of the death of Ercole I d’Este, which fills the Queen with great sorrow, but she is comforted by the knowledge that he had lived a long time and left many beautiful children.
She also expresses her joy that the people have welcomed his successor, Alfonso I d’Este, and hopes that God will give him a long and honorable life.

In another missive, dated to 21 April, Beatrice describes how pleased she is that Isabella's family is in good health and congratulates her on the marriage of her daughter, Eleonora: that year, Eleonora married Francesco Maria della Rovere, Duke of Urbino. 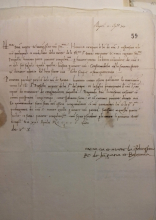 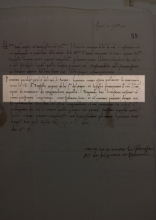 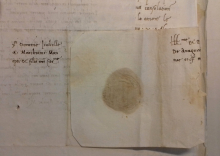 Eleonora Gonzaga, Isabella's first born daughter, was especially close to Beatrice's heart, as we can deduce it from another letter. In this writing, Beatrice regrets that during her visit to Ferrara, she forgot to mention to Eleonora that she considers her as her own daughter, so she asks her niece, Isabella to pass on the message to her. 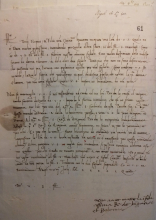 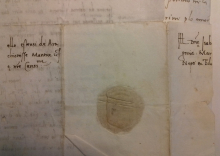