The count Luigi Forni (1806–1877) was a descendant of an ancient noble family of Modena, he was at service of the ducal dynasty. After finishing his studies in the Collegio dei Nobili (Noblemen's College) and the Accademia Nobile Militare Estense (Noble Military Academy of the House of the Este), he did military service as well. During this period, he spent years in several caserms in Hungary (but he could not visit the capital city), and he was highly interested in the country and the Hungarian people. Then, he became the adjutant of Francis IV, Duke of Modena, and, in this period he had the occasion to go with him to Vienna to see the Emperor. This time, Forni finally reached Pest-Buda; his lord gave him permission to take a short leave. We share some pages from his notes below.

As it is reported by the source on the 24th of July, the count arrived in Pest from Vienna at 8 p.m. by the famous steamboat "Árpád" whose construction was ordered by count István Széchenyi. He put up in the Hotel Queen of England and he registered its name also in Hungarian: fogadó az Angol Királynéhoz (alloggio alla Regina d’Inghilterra) (1). As for the emblematic achievements of the Hungarian Reform Era, he mentions the new lines, the steam mills, and the "almost finished" Chain Bridge (Ponte a catena … quasi finita) (2). He knows that Buda is the older of the two cities, and among its sights, he mentions, for example, the "Turkish" thermal bath (Bagno turco) (3) and the Royal Palace (Castello reale) (3). As for Pest, he writes at large about the Ludovica Military Academy, and he visits the Hungarian National Museum, the German and the Hungarian Theatre. His note from the 28th of July states that he also visited Óbuda, and at the conclusion of his records, he says that he arrived in Vienna on the 30th of August, at 5:30 p.m. 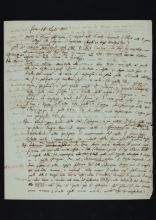 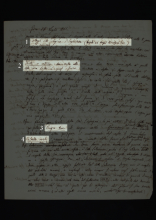 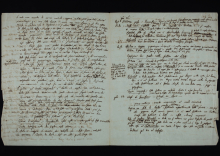 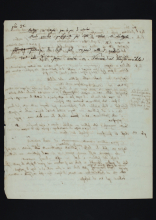