Born in Cracow, Isabella Jagiellon, the wife of King John I (Szapolyai) (1526-1540), received an Italian education and usually corresponded in Italian with her relatives, as her mother was Bona Sforza, who came to Poland from Italy.
The letter of 31 March 1540, addressed to the Duke of Ferrara, was written on the subject of grain exports. The Latin language of the letter between two native Italian speakers can only be explained by the assistance of the queen’s secretary. 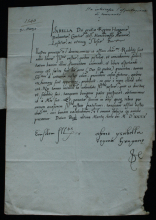 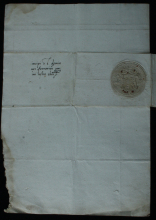 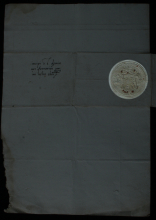 A letter from Queen Isabella to Bartholomeo Prospero, the secretary of the Duke of Ferrara, thanking the queen for the services offered by the secretary and informing him that he had no task but to recommend her in memory of the duke.

On the back there is the queen's privy seal: 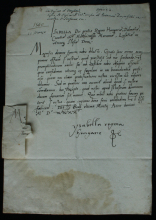 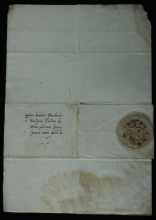 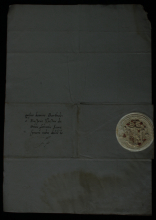 In 1540, shortly after the birth of his son John Sigismund, King John I of Hungary died. Both the Habsburgs and the Ottomans wanted to bring Hungary under their control.
Isabella, in this desperate situation, formulates this letter to her cousin, Ercole II d’Este, Duke of Ferrara.
The queen, after thanking Ercole for her condolences on her husband's death and for rejoicing in the birth of her son, returns to her own situation: the Roman King has already besieged Hungary, while the Ottoman army is approaching with 40,000 soldiers and hundred ships claiming to act in Isabella’s defense and is only twenty miles away from Buda - who knows what will end there. Isabella adds modestly that all she wanted is to let her cousin know and to tighten the thread of the kinship again. She promises to give news of everything that is yet to happen as she hopes for the help, grace, and advice of the Duke. To sign the letter, Isabella uses the name “good sister, Queen Isabella” (bona sorella ysabella regina) (1) and she also emphasizes in the address to write to Ercole as a relative (consanguineo) (2). 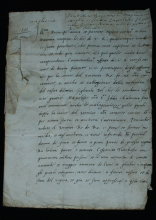 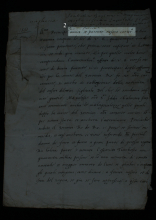 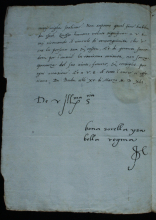 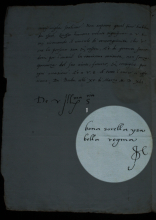 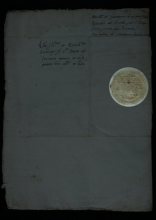