From the second half of the 14th century onwards, key players in European diplomacy provided their counterparts with some information in coded form. In Italy, in the 15th century and in the beginning of the 16th century the so-called monoalphabetic, homophonic substitution method was used in the encryption practice of the papal court and the major centers of power. This means that a single set of symbols was used to replace the letters of the alphabet, which also made it possible to replace one letter with several ciphers (homophones) in order to balance its frequency. Code alphabets are simple or even multi-element “fantasy symbols”, with letters and numbers taken from the Greek and Latin alphabets. Each system reflects the ingenuity of their creators.

The examples quoted were written by Buglio Maffeo (Maffeo de Bullis) da Treviglio, ambassador of Duke Ludovico Maria Sforza of Milan, in Buda between 1490 and 1493. Several reports by him are kept in the Milan archives, in which he reports the Duke about the events in Hungary.

In a letter dated to the 2nd April, he writes about the possibility of extending the peace with the Ottomans (2). In addition to the original coded text, we can read a decoded transcript written in the court in Milan (Extractus litteram in Ziffera Maphei Triviliensis) (1). 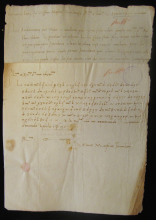 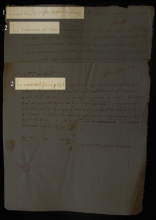 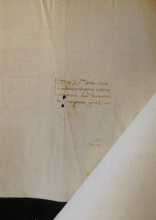 Maffeo wrote several reports in the days after King Matthias I's death. In this letter of 6 April 1490, which he completely encrypted except for a few words, he writes of the haste of the election of John Corvinus. The court in Milan was interested in electing John Corvinus because negotiations were underway about the marriage of Ludovico's niece, Bianca Maria Sforza and the prince. 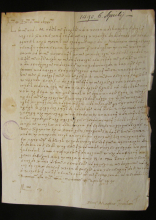 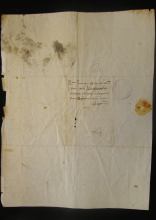 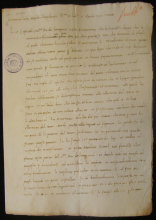 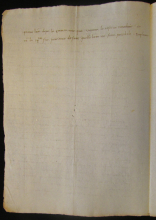 The author of the letter and the cipher is Giuliano Caprili, Ippolito I d'Este's agent and canon of Eger. The cipher was used by Caprili and Perotto Vesach, count (comes) of Zólyom (present day Zvolen, Slovacchia).

At that age, the tasks of the couriers were extremely dangerous and required a great deal of responsibility. Despite their preparedness and their intense military training, there was always the possibility of an attack by robbers or political enemies, so it was necessary to prepare for the danger that the confidential information might be compromised by unauthorized people. The most frequent measure of precaution was cryptography. As it is shown by the source in the photo, one letter was often signed by several different characters, and some words, mostly personal names and toponyms, were "masked" as letters; in this case, for example, the names of the pope (el papa) (1), the King of France (el Re de francia ) (2), the Duke of Milan (el Duca de milano) (3), the remarkable Italian cities (4), and words like pace (peace)  (5) and treuga (truce) (6). 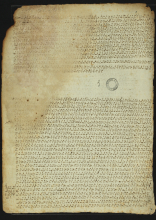 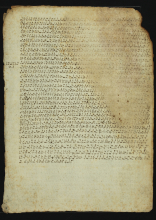 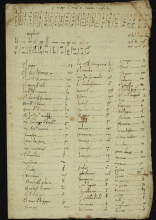 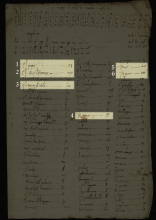 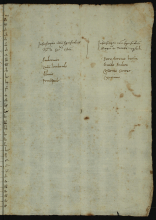