14 May 1234, Székesfehérvár, Basilica of the Assumption - In view of their wedding, King Andrew II of Hungary (1205-1235) donates 5,000 marks of silver to his bride, Beatrice, daughter of the late earl of Aldobrandino I d’Este, and will hand it over directly to Beatrice for five years. In addition, in each additional year of his life, he donates 1,000 marks of silver from his personal chamber at his grace and favor. At the same time, Guidotto, Bishop of Mantua, solemnly celebrates the marriage ceremony after both parties have declared their free will to marry.  Andrew II symbolically drew a ring on his wife's finger. The settlement took place in front of a large number of attendees in the church; the twelve most significant were also recorded in the document by name. Two Hungarian prelates were followed by ten Italian dignitaries who were members of Beatrice's entourage.

The document is probably the only surviving copy of the charters issued this time by the imperial notary Zanebonus de Lonado and the only marriage contract that survived in connection with our kings of the House of Árpád. It has an unusual dual nature, the first part details the generous gift, the second section regulates the “protocol” of the marriage ceremony, thus lists the questions to the married parties, records the symbolic elements (ringing, etc.) and the ceremony attendees.

At the time of the marriage, Andrew, who was approximately sixty years old, was particularly generous with his young - seventeen year old - bride, possibly in view of their common descendants. One year after the marriage, on 21 September 1235, Andrew II died. The son from his first marriage with Gertrude of Merano († 1213), who was invested with the royal power from that time onwards and later became king as Béla IV (1235–1270). Understandably, in this situation, the new queen, who was still a stranger in the court and pregnant, had rather left the country. She found refuge in Venice with Andrew II's child, Stephen Posthumous, later father of the last king of the House of Árpád, Andrew III (1290-1301). 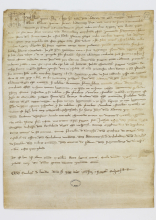 Pellegrino Prisciani was the historian of the House of the Este and Ferrara in the 15th century. He wrote his twelve-volume monumental Historiae Ferrariae, out of which, unfortunately, only five remained in the State Archives of Modena. The transcript of the above letter illustrated with a fine drawing showing the young bride, Beatrice is to be found in the seventh volume. 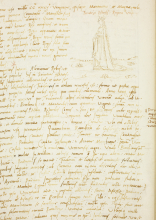 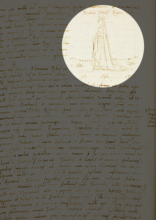 The portrait of the Queen of Hungary can also be found on a family tree depicting the female descendants of the House of the Este. 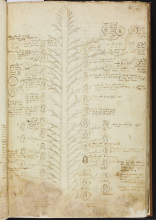 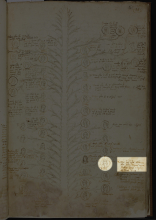