Drégely Castle belonged to the Archdiocese of Esztergom since 1432. On 1 August 1489, there was a change of captain at the head of the castle: Balázs Szák, from a family of serfs from Szalka (today Salka, Slovakia), who had been in service until then, was replaced by Péter Márkus, a nobleman from Bars County, Beleg, who also led the archbishop's banderry. The equipment of the castle was described in the on-site minutes of the handover of the post:

with eight large metal cannon on legs
with six other smaller bronze cannon with wooden legs
a small cannon without legs (una bombarda piccola)   (1)
an arrow rifle
three quintals of good nitrate
a thick rope for the cellar
a full barrel of vinegar (uno vaso pino daceto (=pieno d’aceto)) (2)
(seven barrel skeins?)
a small amount of gunpowder
a silk vestment for the chapel
three rectangular dining tables
four spears for the gatekeepers
a pile of hay
some daily food
all the wheat in the mill

In 1490, probably due to the deteriorating public security after the death of King Matthias I, the castle was provided with additional ammunition, which was sent by István Battyányi, the provisor from Esztergom, and Alfarello Ferracci, the Neapolitan castellan.

Eight account books of Eger have been preserved in the State Archives of Modena, which contain the expenses of the court of Ippolito I d’Este. However, the previously published account books do not include the booklet AdP 711 in the archival catalog, which is classified as an account book from Eger. The source stands out from the list of Eger’s general ledgers in terms of both content and appearance. It is a short, six-page note in Latin, made by folding and sewing two sheets of 20*30 cm format paper. Although it was a ledger, it detailed the costs of a journey from Eger to Italy, dated to the summer of 1501.

The exchange of the archbishop's seat of Esztergom and the bishopric of Eger between Ippolito and Tamás Bakóc in the summer of 1498 went smoothly. Vicarius and gubernator Ludovico Floreno formally took office as early as 1498, but did not begin any substantive work until the following year, and it was his responsibility to establish the episcopal court in Eger and to settle the economic situation. From 7 May 1501, Taddeo Lardi took over the office of Governor of Eger, who, from 1487 onwards,  except for shorter periods, served the Este family in Hungary until his death in 1512. In the days following 14 June 1501, the handover of the castle and official duties took place, and on 24 June 1501, Lardi was already acting governor. Ludovico Floreno, the former vicarius and governor of Eger, set out for Italy on 25 June 1501.

Return from Eger
June 25, 1501
We had breakfast in Tófalu and spent 28 denari
We had dinner in Gyöngyös and we had no expense
I sent a servant forward the same day,
to get accommodation in Pest and I gave him half a forint
to buy hay, and 25 denari for his own expenses

The journey recorded in the ledger began on 25 June 1501 in Eger and ended on 20 July 1501 in Ferrara. Passing through Pest, Esztergom and Győr, turning south, they reached Radkersburg (Austria) after Szentgotthárd and then Marburg (Maribor, Slovenia) to Villach (Austria). From there, after a short break, they arrived to Ferrara using the Tarvisio-Venzone-Treviso-Padova route. Comparing the distance, the journey time and the costs, it can be stated that Floreno, with the escort of a few people, covered the distance of almost 1,100 km with the speed of an average equestrian courier, in particularly comfortable but not ostentatious conditions.

July 1
In Esztergom for breakfast: 1 forint 21 denari
oats: 56 denari
We were in Újfalu (present day: Nyergesújfalu) for dinner , but we didn't eat,
for it was the vigil of the day of the Blessed Virgin Mary
for hay: 58 denari
for wine: 31 denari
for horse tools: 35 denari
July 2. In Úny (?)
we had breakfast: 82 denari
for hay and oats: 42 denari 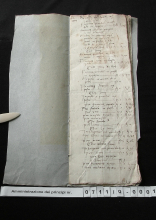 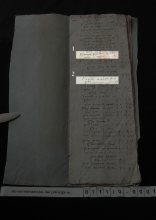 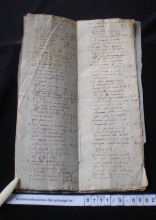 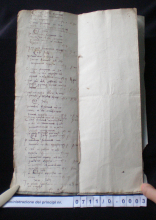